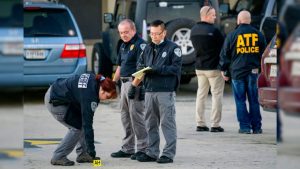 A would-be mass shoot­er opened fire in a park­ing lot, but he suf­fered Acute Fail­ure of the Vic­tim Selec­tion Process when armed bystanders returned fire and killed him.

Accord­ing to Fox News, the inci­dent left three dead, one of them being the idiot who for­got the old say­ing about not bring­ing a gun to a gun­fight when the gun­fight hap­pens to be in the park­ing lot of a gun store and indoor range.

For­tu­nate­ly, the Good Guys With Guns did­n’t get the memo about being nonex­is­tent and stopped the Bad Guy With a Gun.

Don't Be White: Be a Plagiarist 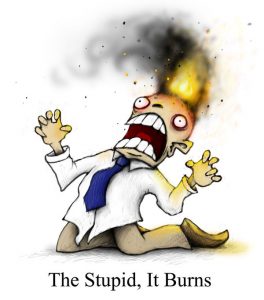