Some­times in the midst of all our polit­i­cal insan­i­ty and inani­ty, some­thing so refresh­ing sneaks into your day that it makes you hope­ful for human­i­ty again. (I’m a real live grumpy old fart, so that’s say­ing something).

I stum­bled across a hand­ful of inter­est­ing “reac­tion” videos, which I’ve been informed are all the rage. It’s a 3‑step process:

The video I stum­bled across was a rap fan hear­ing Lynyrd Skynyrd’s “Free Bird” for the first time. Peo­ple hear­ing “Free Bird” for the first time is appar­ent­ly bleed­ing-edge pop­u­lar right now, because there were dozens more videos of younger rap fans hear­ing “Free Bird,” with many of them watch­ing Skynyrd’s land­mark live per­for­mance at the Oak­land Col­i­se­um on July 2, 1977 (not only because it was an amaz­ing per­for­mance, but also because it was just a few months before the plane crash that killed Ron­nie Van Zant, Steve Gaines, and oth­er road crew, in addi­tion to both pilots.)

I includ­ed a few of these reac­tion videos at the end of this post; there are dozens more.

Some­thing felt off-kil­ter, though. It felt like watch­ing a clas­sic movie with a few chunks chopped off to fit it around all the informercials.

Any­way, one of the rap fans’ reac­tions I did­n’t expect was when the song segued from the final cho­rus to the leg­endary gui­tar out­ro. Like every­one else in my gen­er­a­tion, I tol­er­ate the first half of the song while I’m wait­ing for the gui­tars to kick in, so it was fun to watch these new­bies sit up and say, “Whoa! What’s this?”

My favorite reac­tion was from YouTu­ber PinkMet­al­Head, who looked puz­zled at Gary Ross­ing­ton’s slide gui­tar bird chirp­ing, then got side­tracked look­ing at every­one’s hair (no, real­ly). But I’m not mak­ing fun of her; the whole point was that she was watch­ing 45-year-old con­cert footage and was­n’t afraid to open up to it. When the out­ro start­ed, she said, “Who’s respon­si­ble for all this gui­tar stuff?” The video cut to Allen Collins stomp­ing around with his Gib­son Fire­bird and she said “Oh, it’s him!” No, PinkMet­al­Head; it was all of them (Ross­ing­ton, Collins and Gaines).

In short, all the reac­tion video folks hon­est­ly loved “Free Bird” and said some ver­sion of “How have I nev­er heard of this song or even this band?!” But like I said, some­thing was off-kil­ter, and it took me a while to fig­ure out what it was. It was­n’t what they said, it was what they did­n’t say:

The stage back­drop was an enor­mous Con­fed­er­ate flag.

There it hangs all through the video, hav­ing the unmit­i­gat­ed audac­i­ty to, you know, exist. It’s a good 20 feet high and 50-some-odd feet wide. And no one cared.

This was­n’t a video that pre­dat­ed can­cel cul­ture; it was post­ed in Octo­ber 2020. And the con­cert was­n’t some Jim Crow state holdover; it was in 1977 at the Oak­land Col­i­se­um, which was and still is lit­er­al­ly across the street from Berke­ley Uni­ver­si­ty, fer chrissake!

The offi­cial video of “Free Bird” from the con­cert has 40,000+ com­ments. All the reac­tion videos have tens of thou­sands of com­ments too.

Isn’t that refresh­ing? We’ve got a musi­cal lega­cy that’s shared and cher­ished by mil­lions of peo­ple from four gen­er­a­tions of Amer­i­cans, and nobody’s fight­ing over the band’s origins.

I’ve said this before and I’ll say it again: The things that unite us are far big­ger and more pow­er­ful than the things that divide us.

In 2013, when I was 51, I got to check an item off my buck­et list when I saw Skynyrd at the Col­orado State Fair in Pueblo. I lived in Col­orado for 20 years but was still sur­prised at that concert: 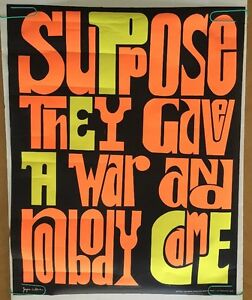 About half of the folks who came to see Lynyrd Skynyrd that night were peo­ple of col­or: I saw black, Lati­no and Native Amer­i­can folks there. Once again, there was a huge Con­fed­er­ate flag back­drop behind the stage; once again, no one cared.

When Dis­ney dumped Gina Cara­no, her response was “They can’t can­cel us if we don’t let them.”

Remem­ber the Viet­nam-era poster say­ing “Sup­pose they gave a war and nobody came”?

What if Can­cel Cul­ture threw anoth­er tantrum and nobody paid attention?

What if BLM tried to start anoth­er race riot and nobody came?

Can 300 Pounds of Play-Doh Stop a Barrett Sniper Rifle?

The Crap That Used to Be Aunt Jemima

If You’re White, You’re Racist, and There’s Nothing You Can Do to Change It

Biden and O’Rourke: Texas GOP Is a ‘Neanderthal Death Cult’

Don’t Be White: Be a Plagiarist

Can 300 Pounds of Play-Doh Stop a Barrett Sniper Rifle?

The Crap That Used to Be Aunt Jemima

If You’re White, You’re Racist, and There’s Nothing You Can Do to Change It

Biden and O’Rourke: Texas GOP Is a ‘Neanderthal Death Cult’

Don’t Be White: Be a Plagiarist

Plognark is generous enough to license the image with Creative Commons. If you like it, why not buy a T-shirt?